Stephanie and Tom met while studying at Duquesne University in Pittsburgh, and they are getting married in downtown Cleveland next June. Despite planning their celebration in Ohio, they wanted to be sure to incorporate their ties to Pittsburgh into their wedding story, however, so we opted to meet in Pennsylvania for their engagement session last week! As I was on my way, I realized that somehow I haven't made it out of Ohio in nearly a year, between the pandemic and having a baby, so getting a change of scenery for the afternoon with these two was especially fun!

I met Stephanie and Tom at the Roberto Clemente Bridge next to the Allegheny River where we began with some images over the river, then we followed the Allegheny down to Point State Park where Pittsburgh's three rivers meet. We then headed back to the bridge as the sun began to set. We had a beautiful (but hot!) evening, and even caught a rainbow over the Point State Park Fountain! These two are incredibly sweet and thoughtful, and I can't wait for their 2022 wedding! 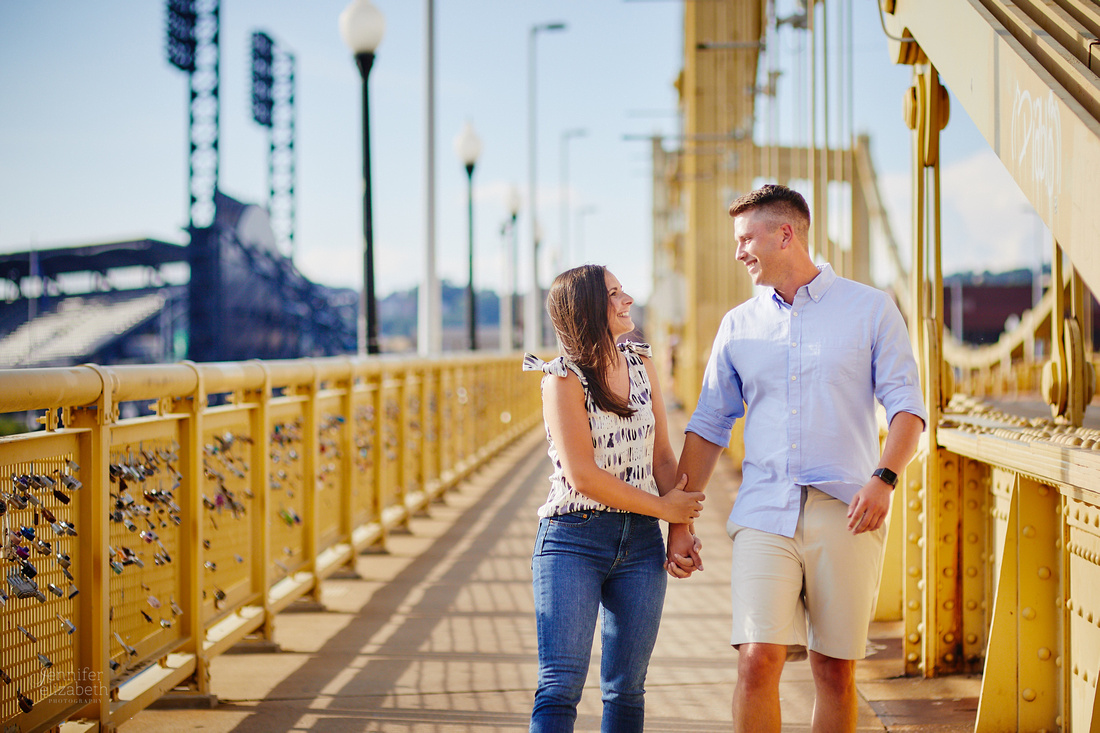 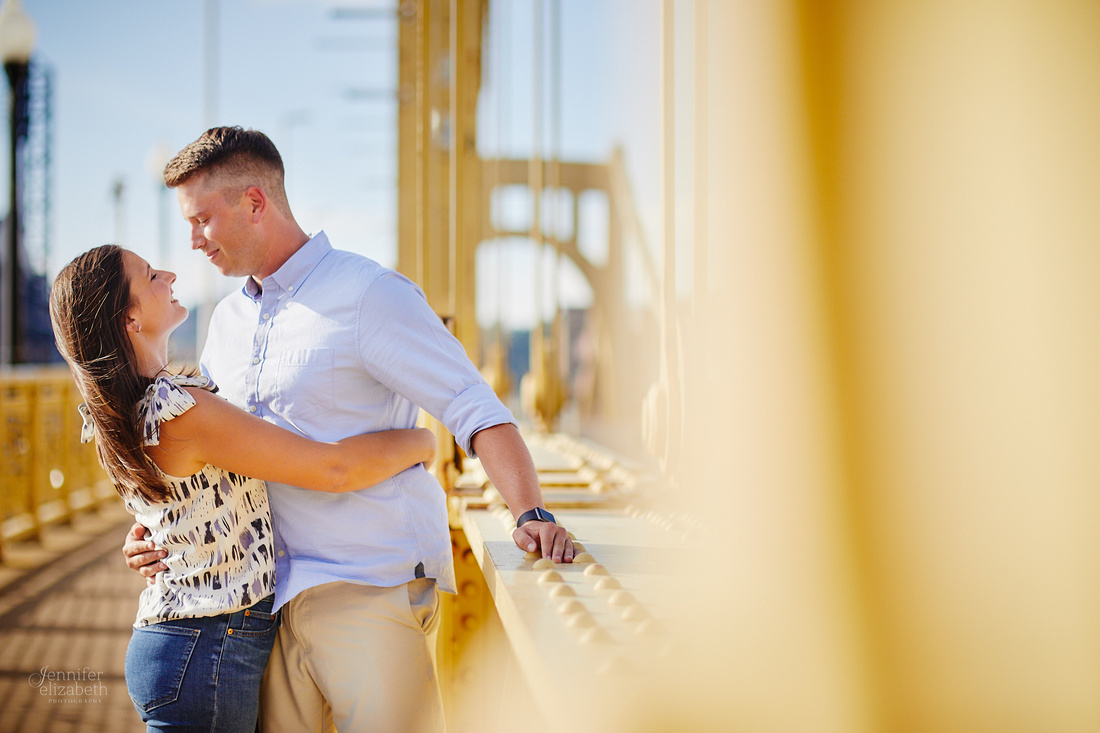 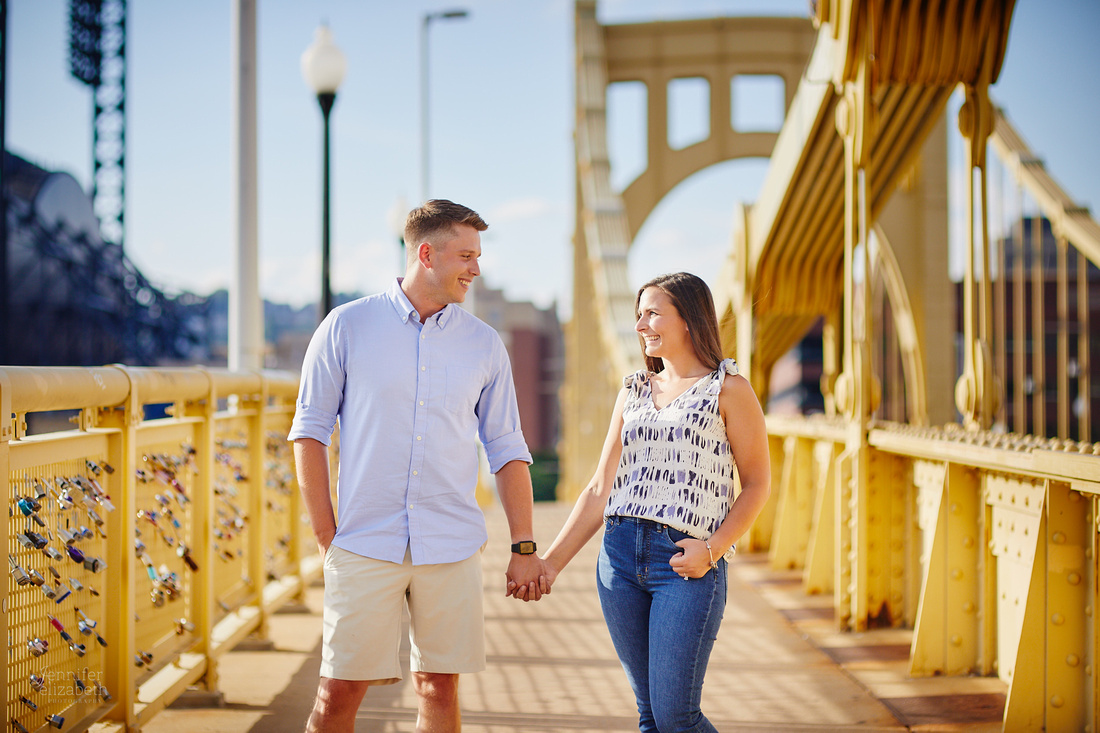 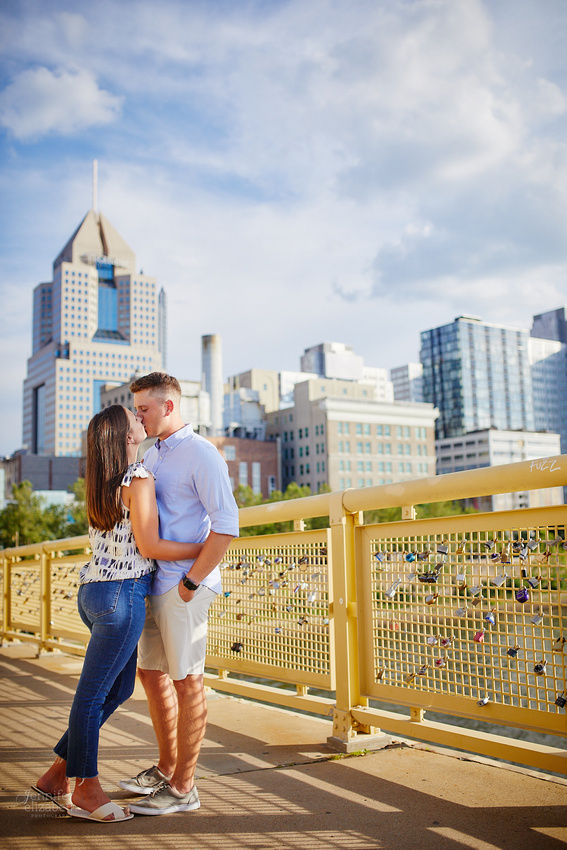 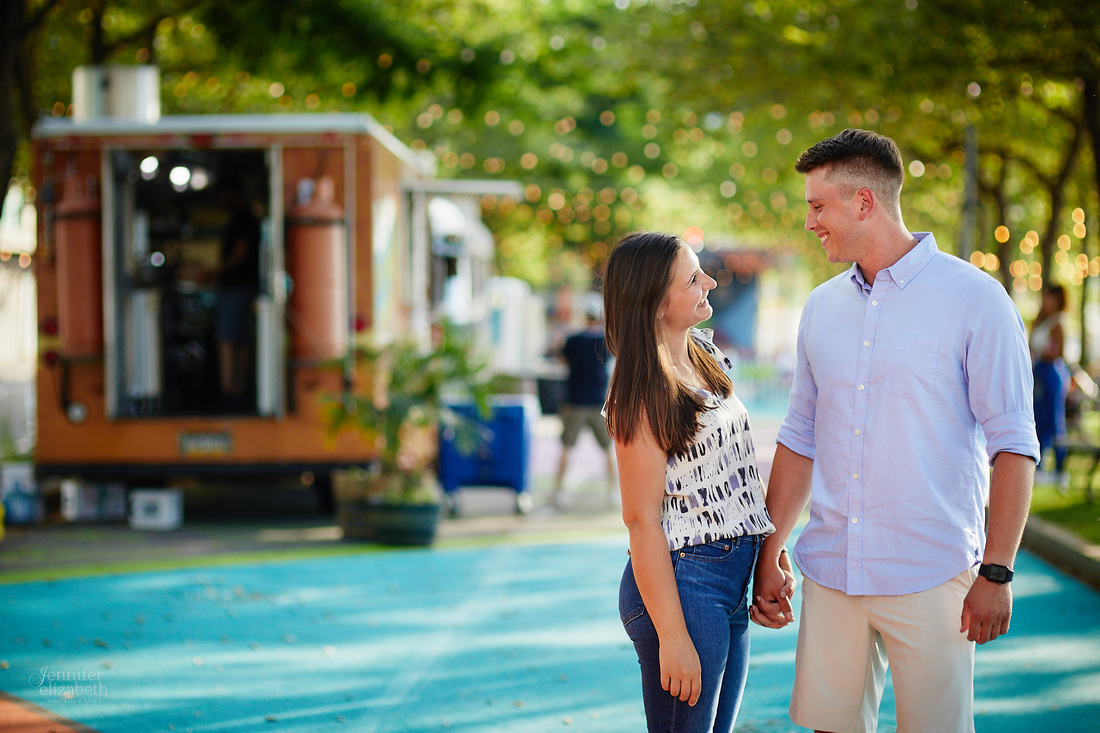 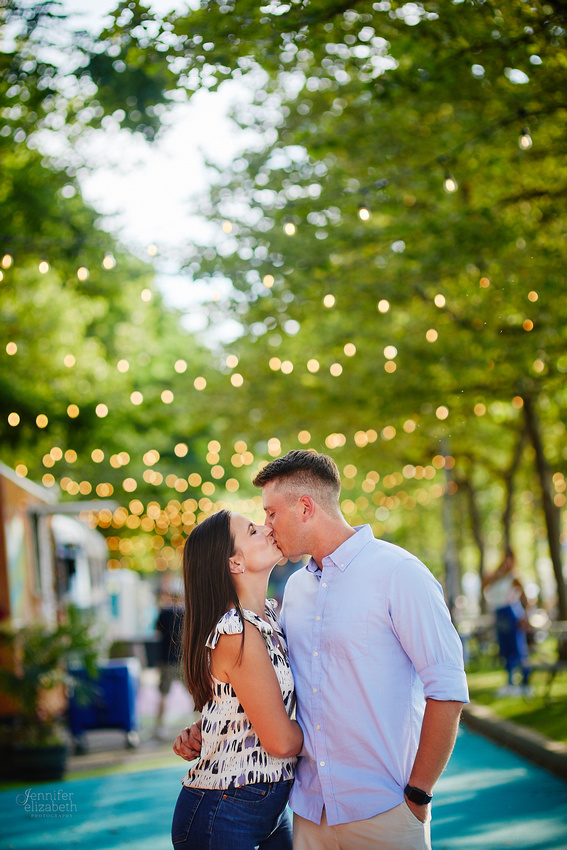 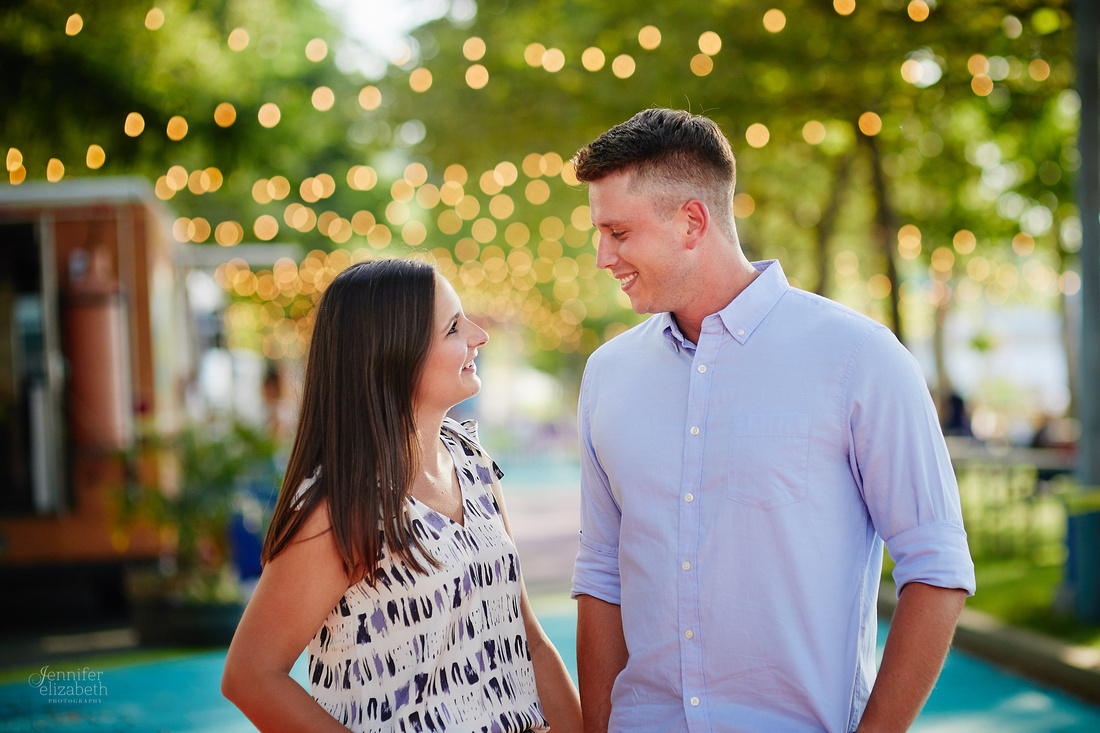 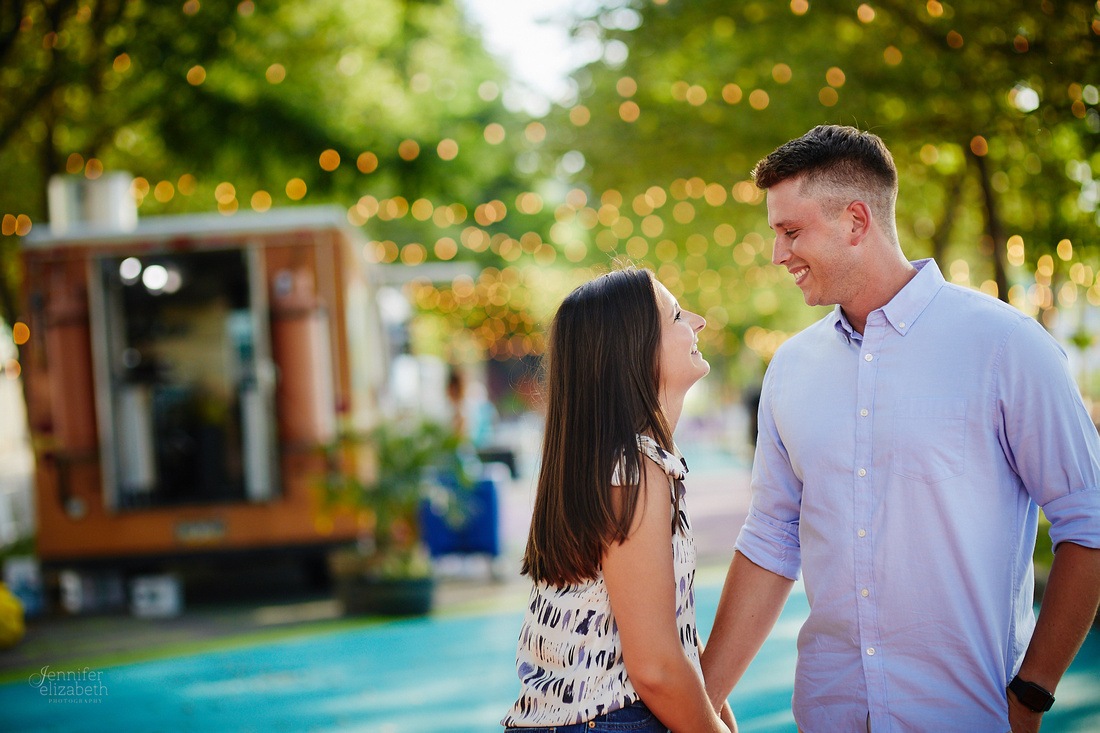 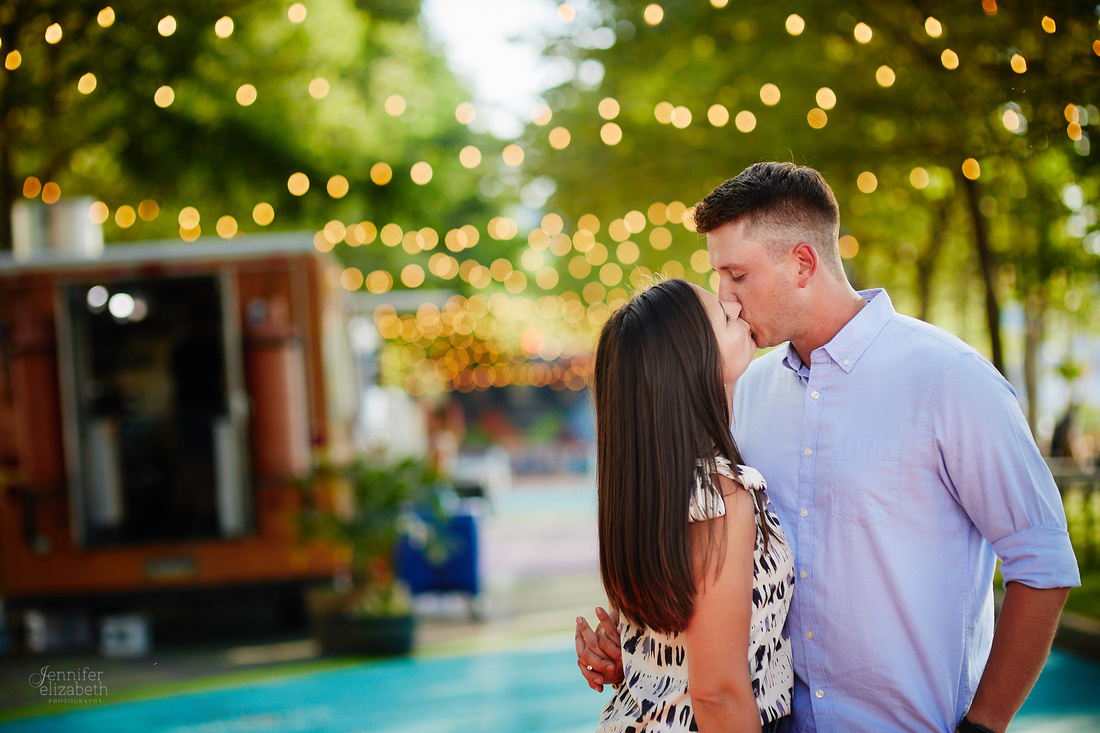 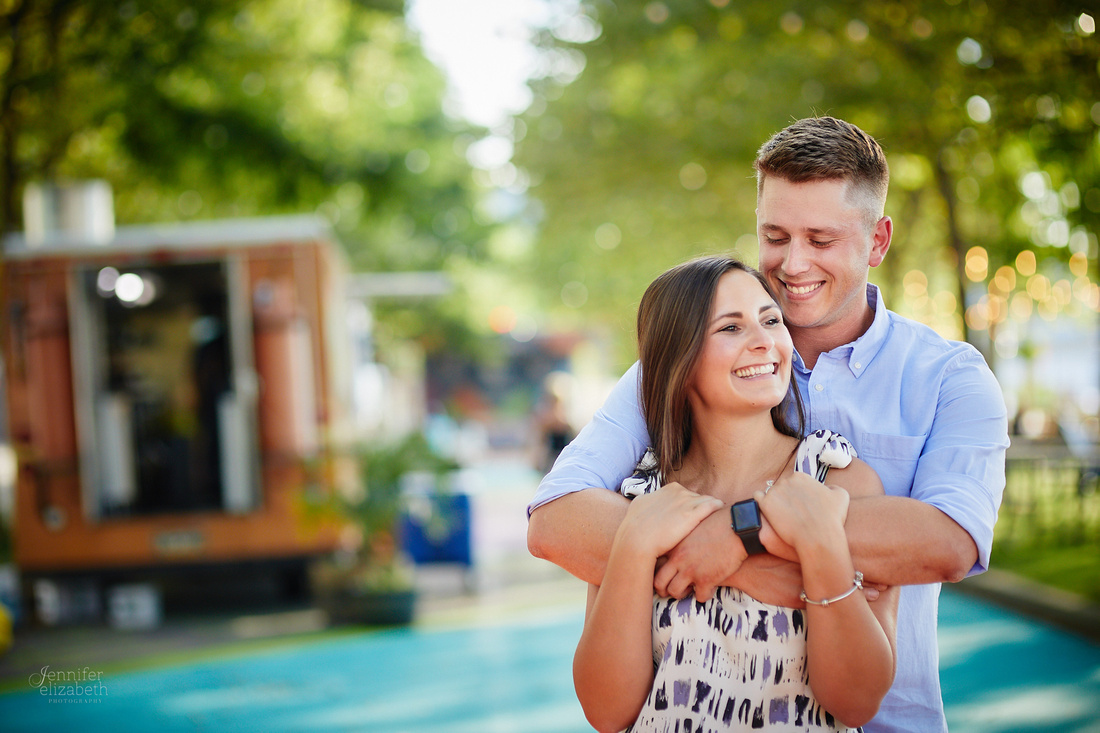 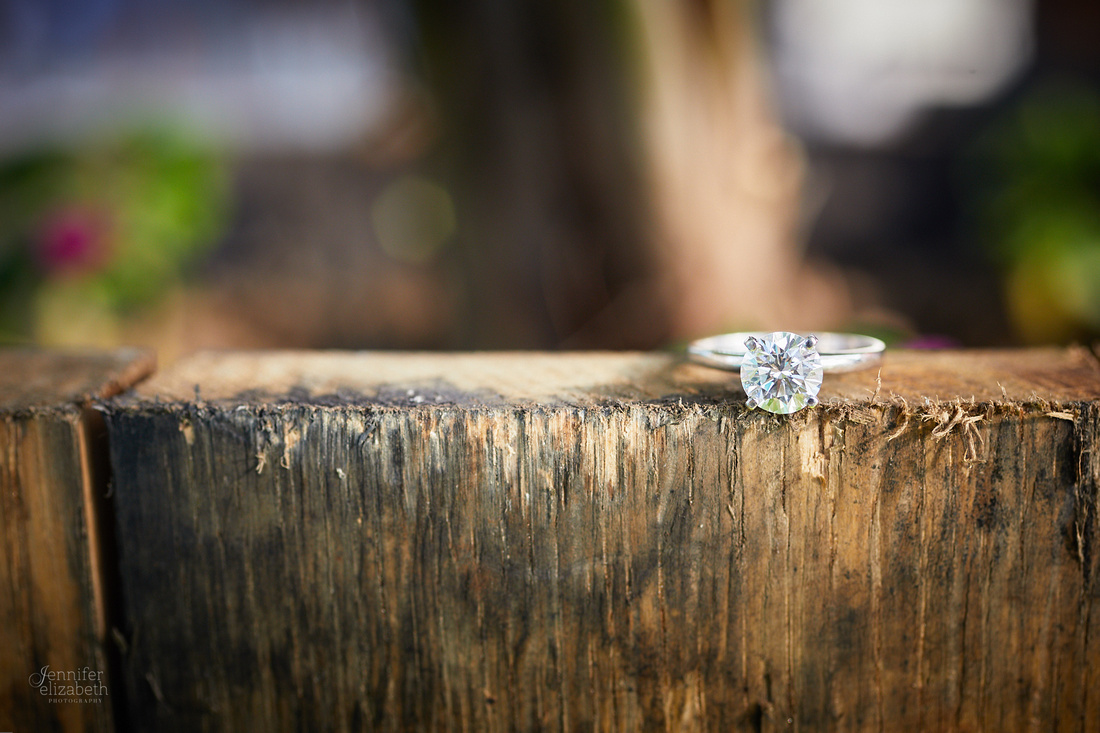 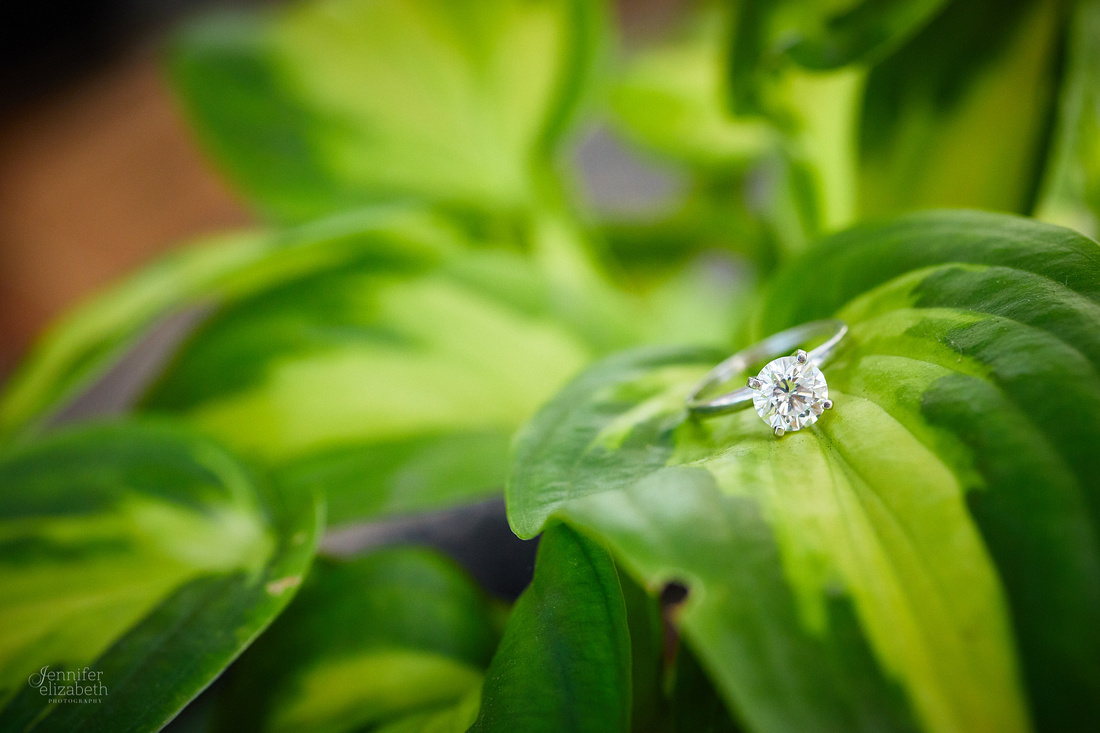 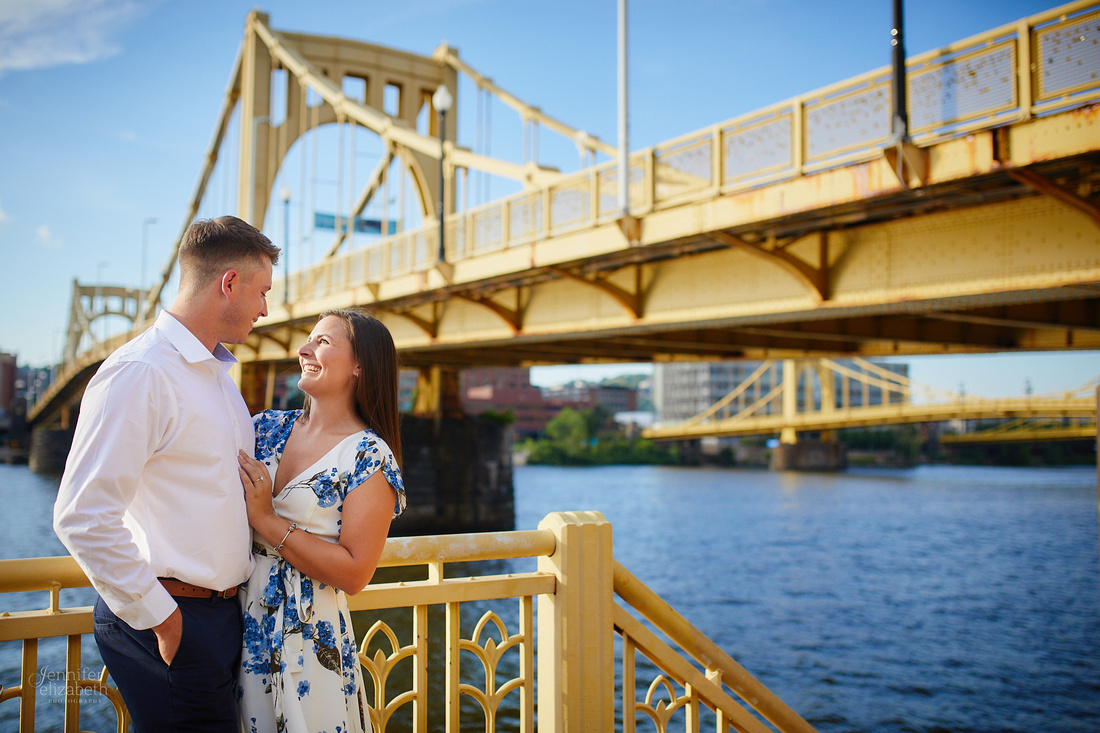 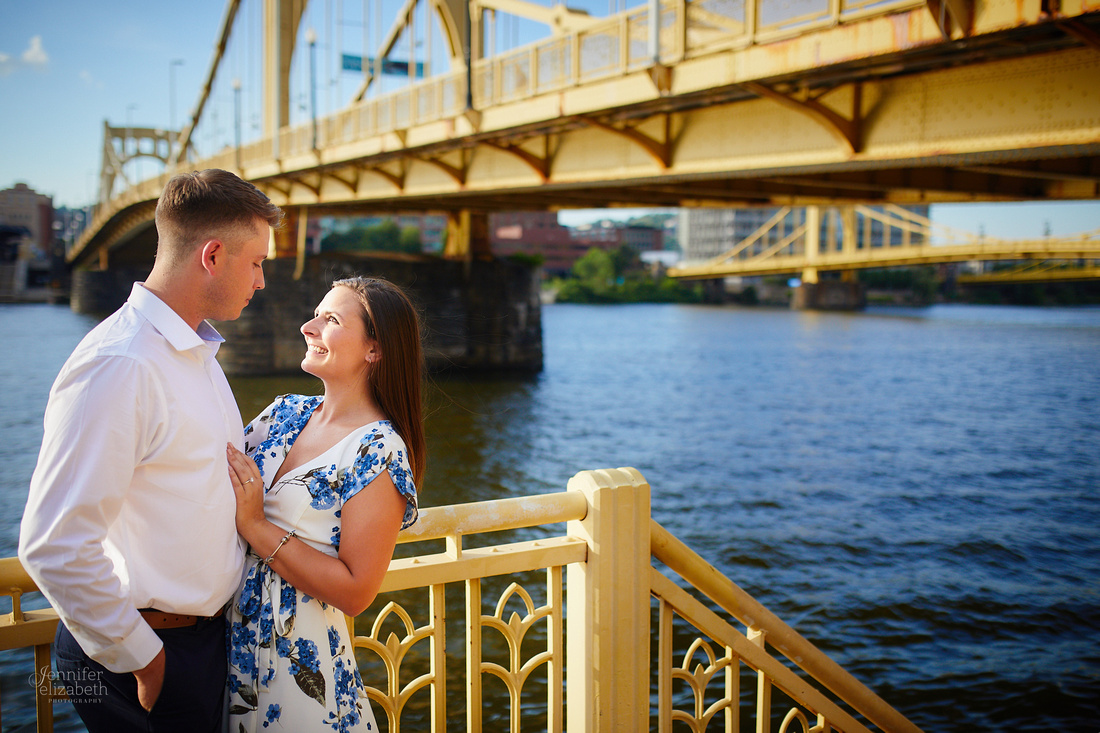 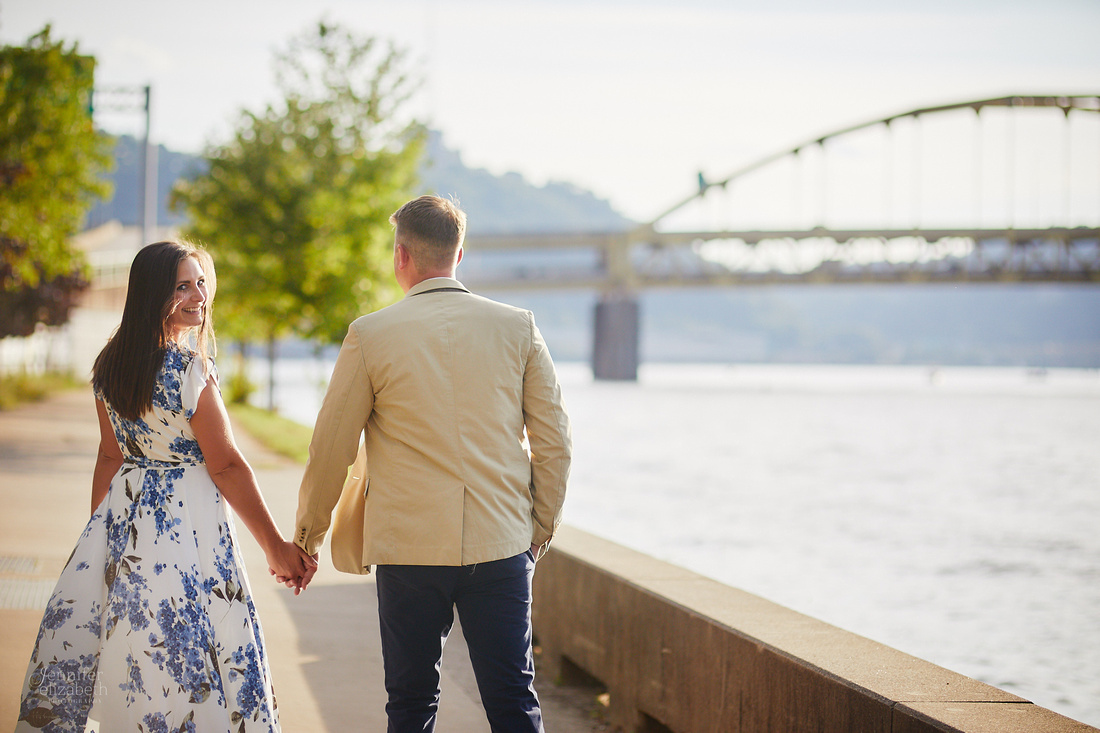 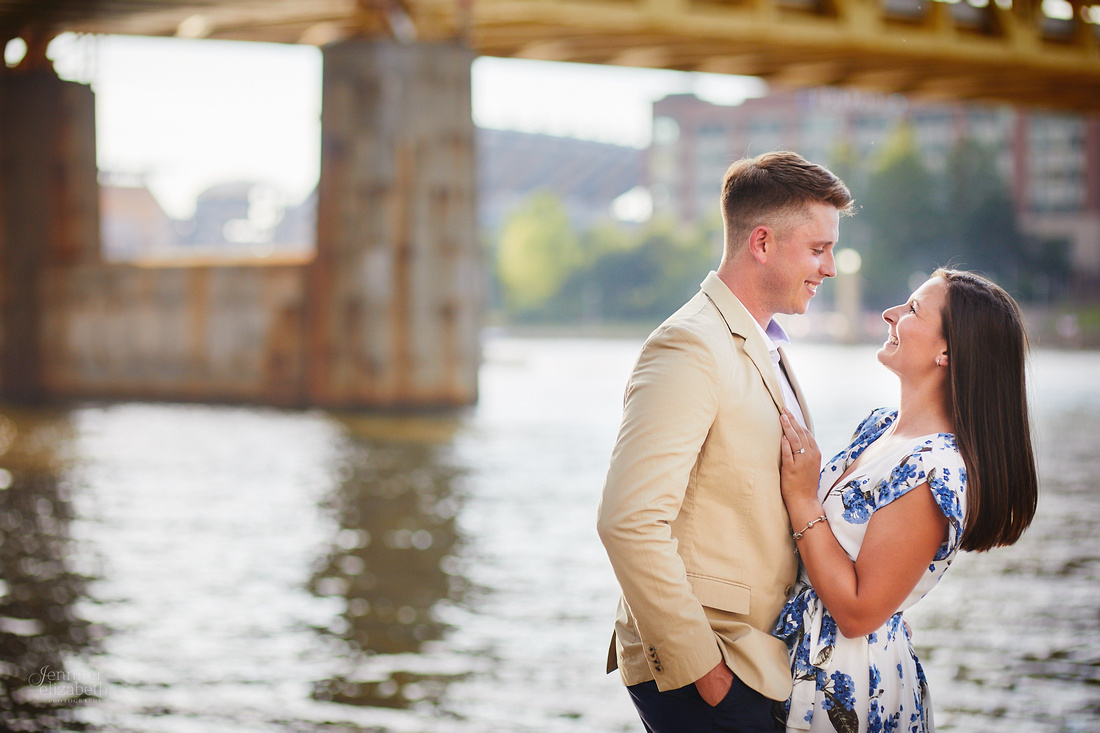 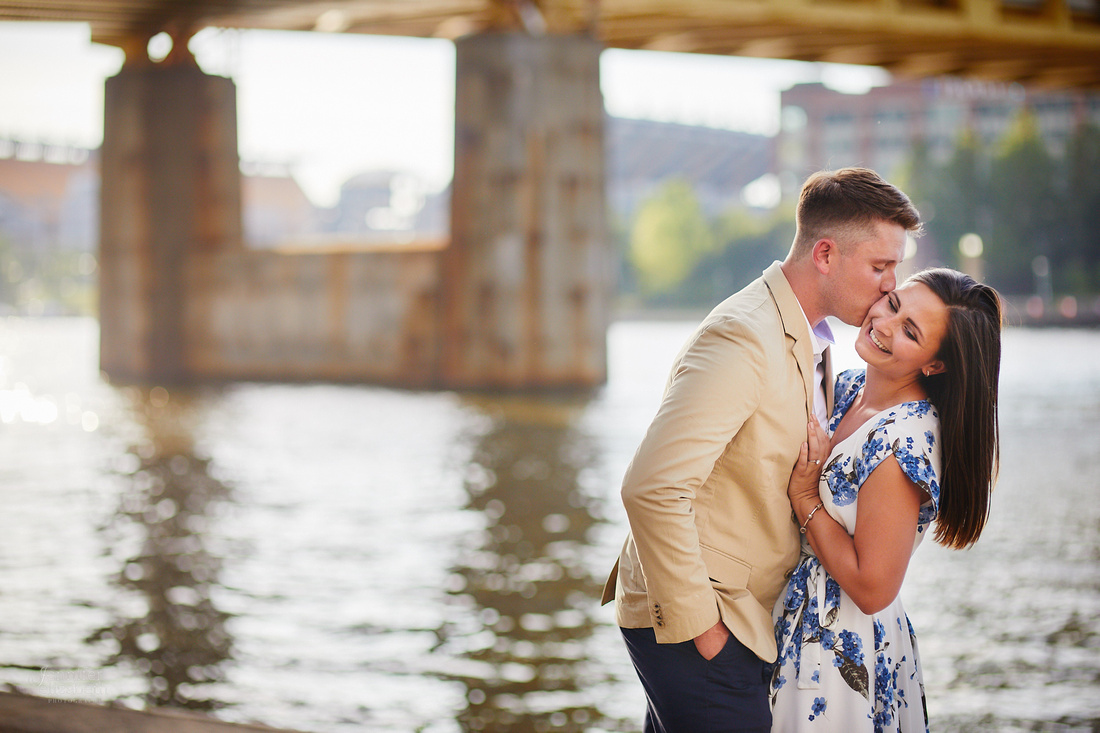 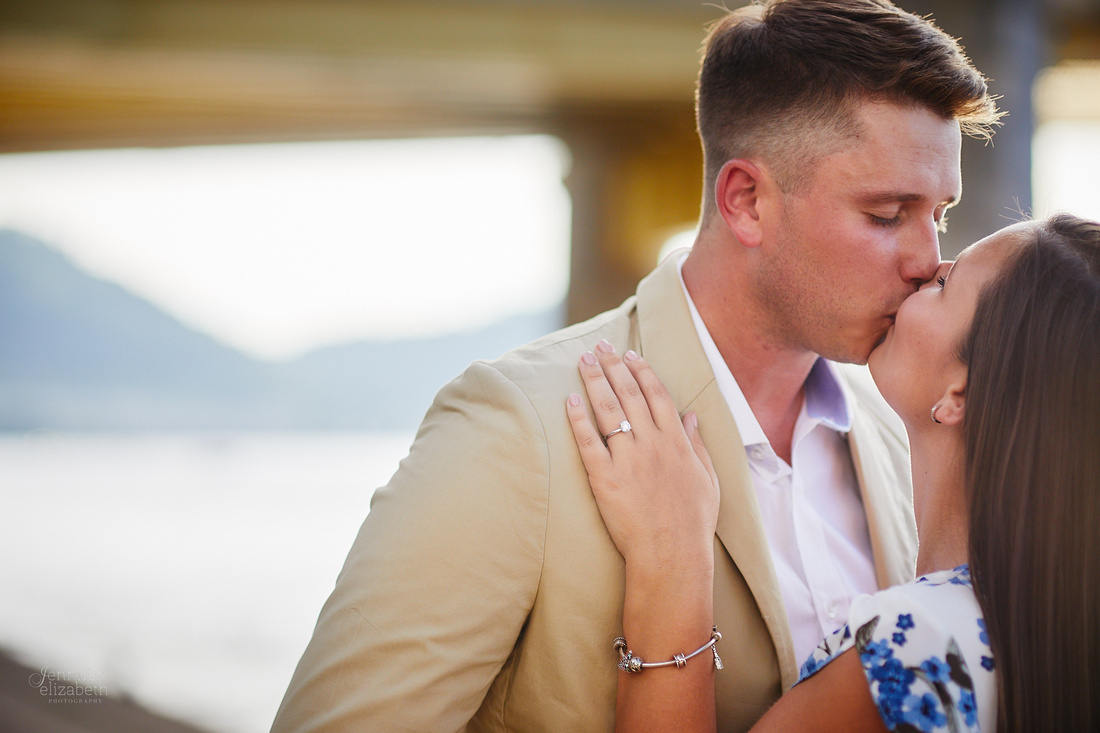 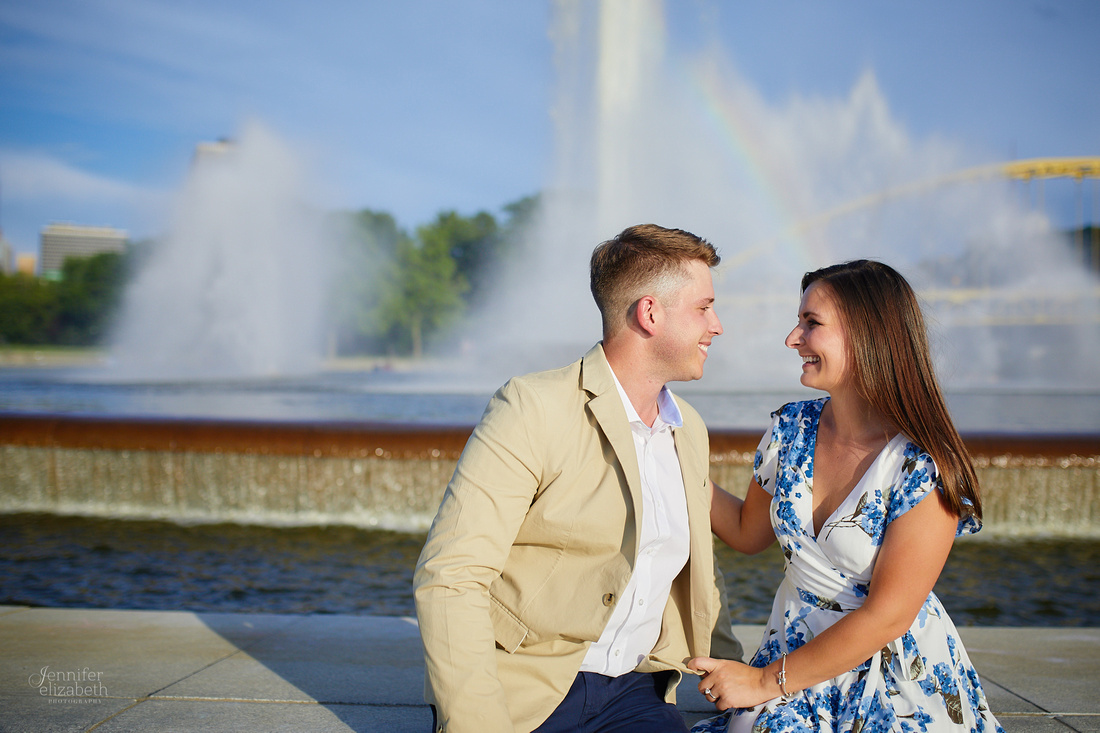 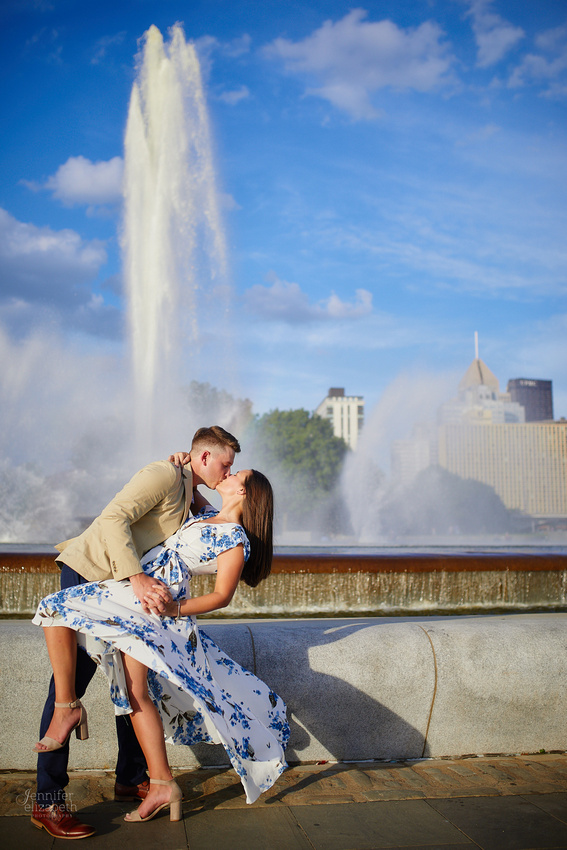 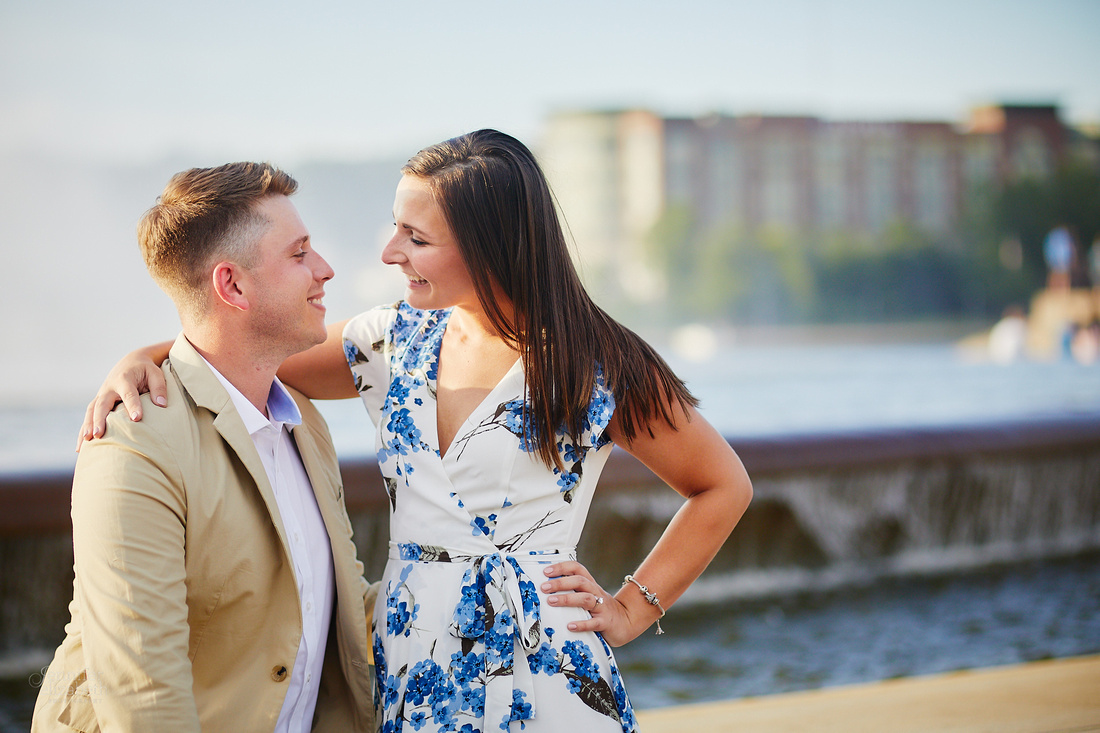 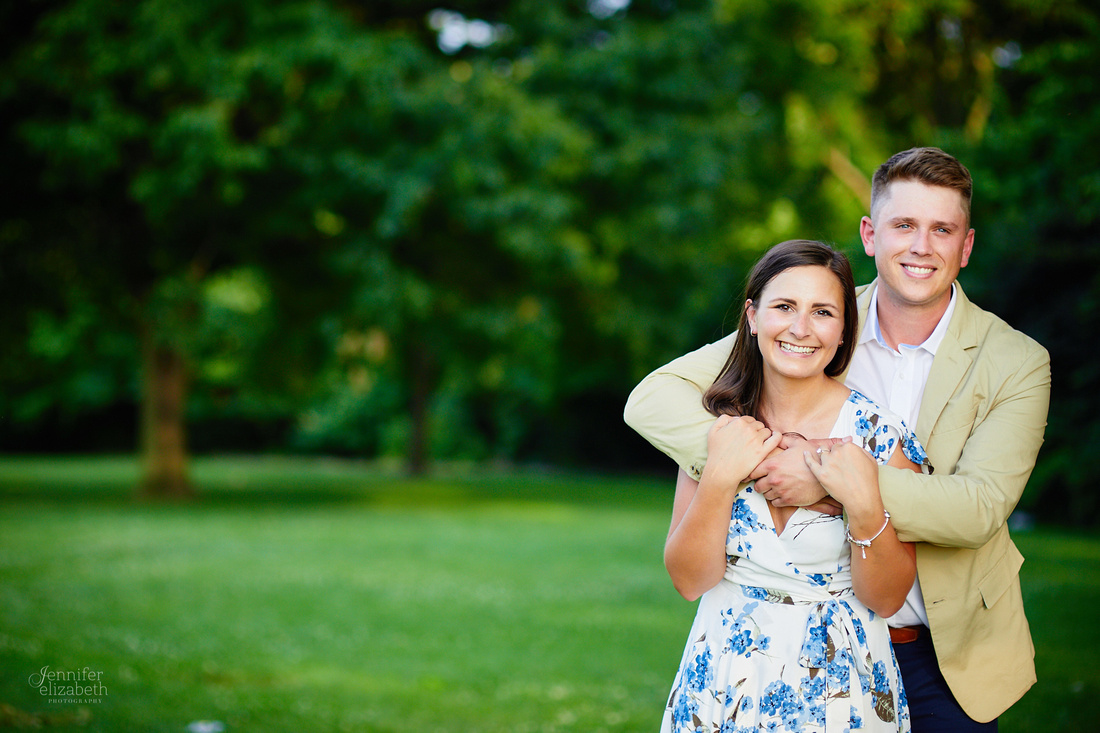 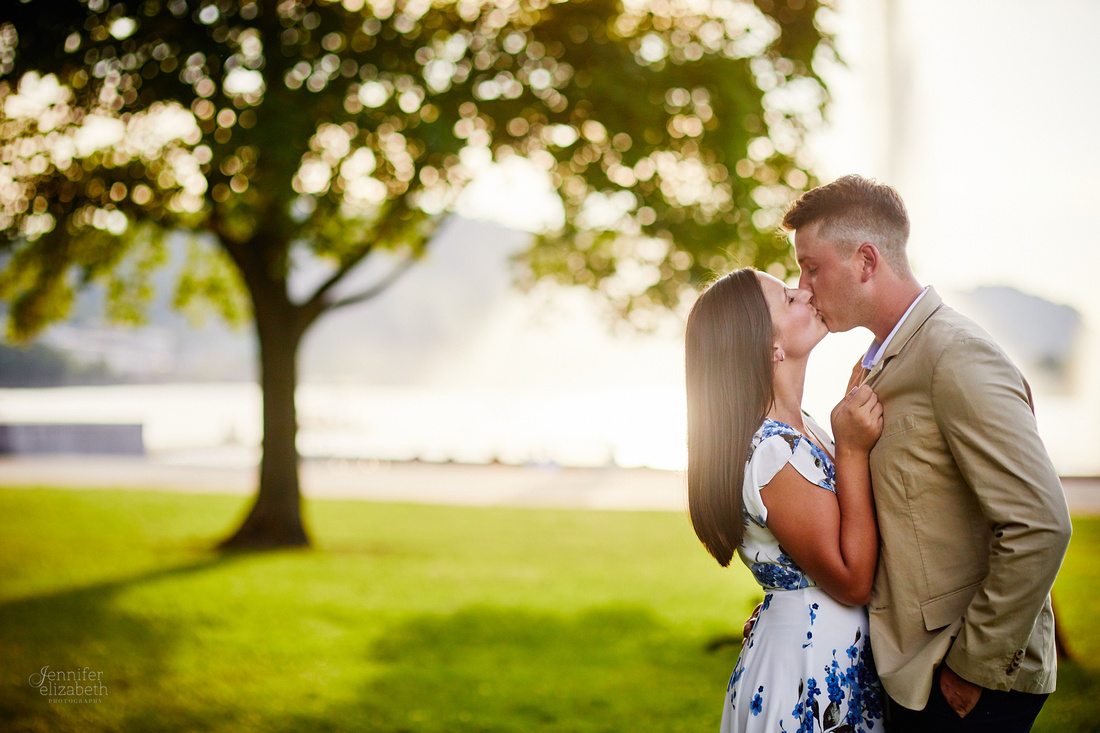 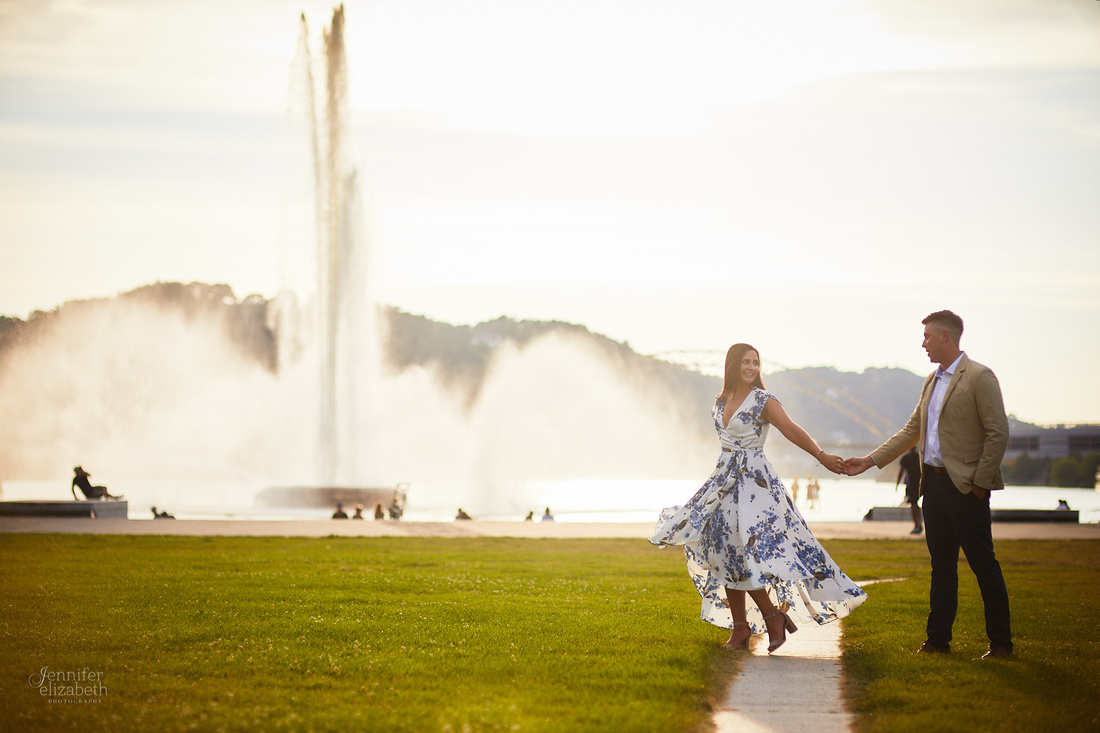 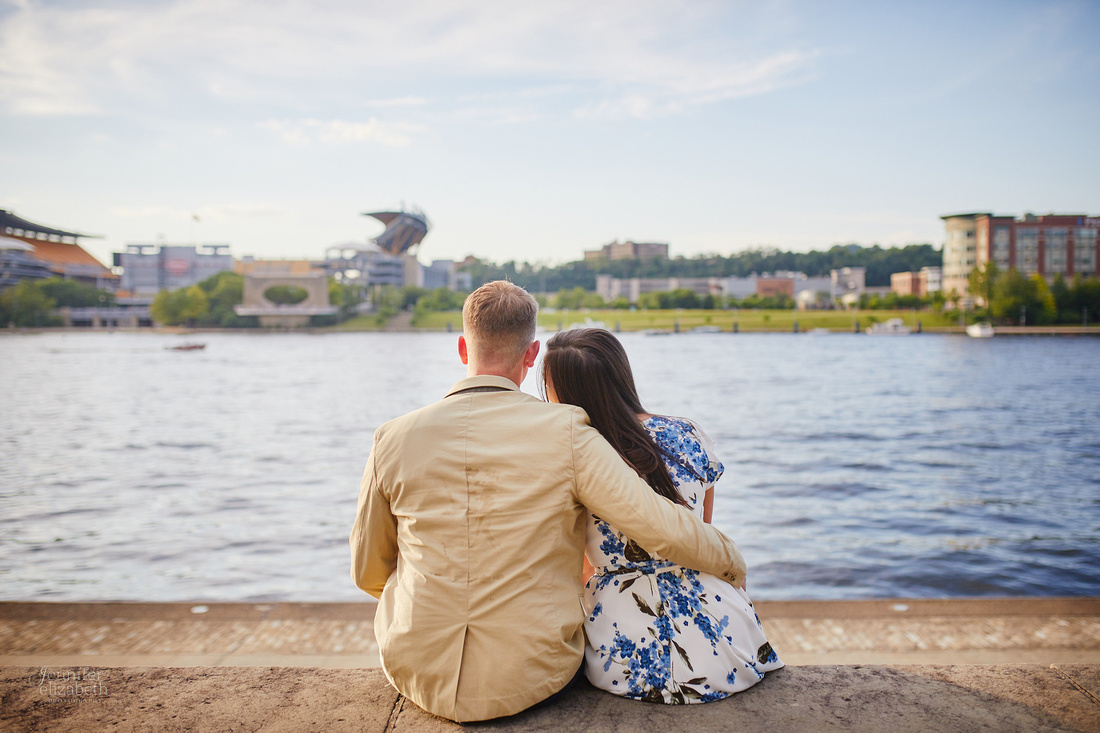 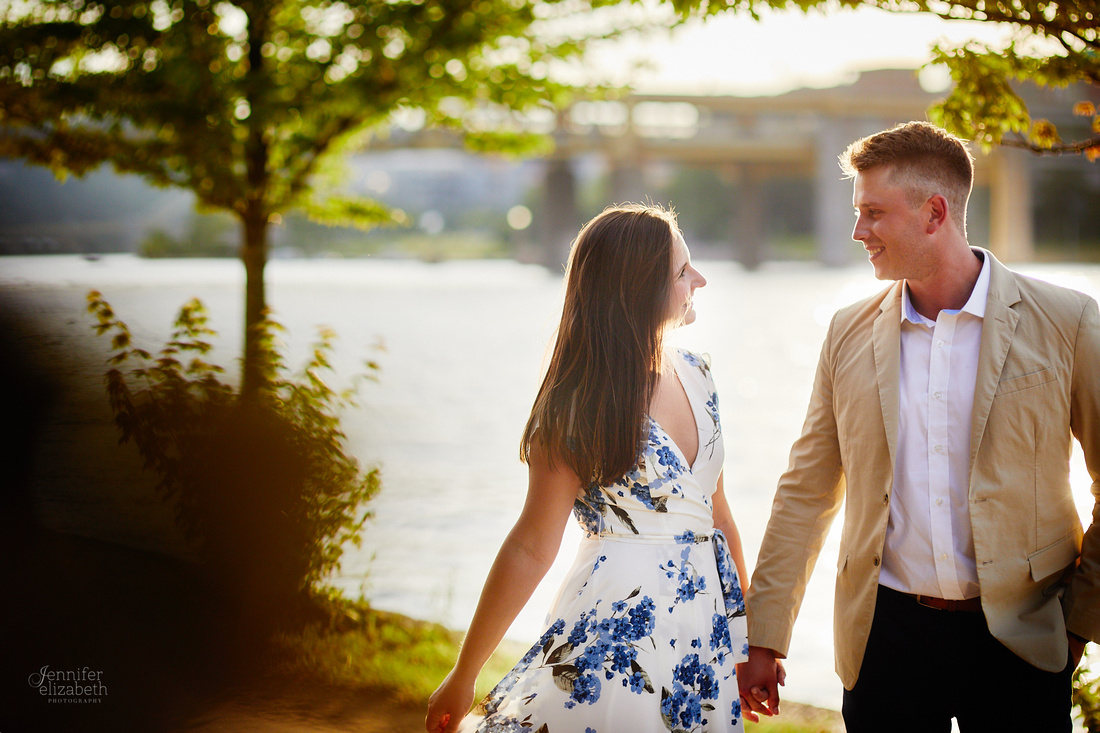 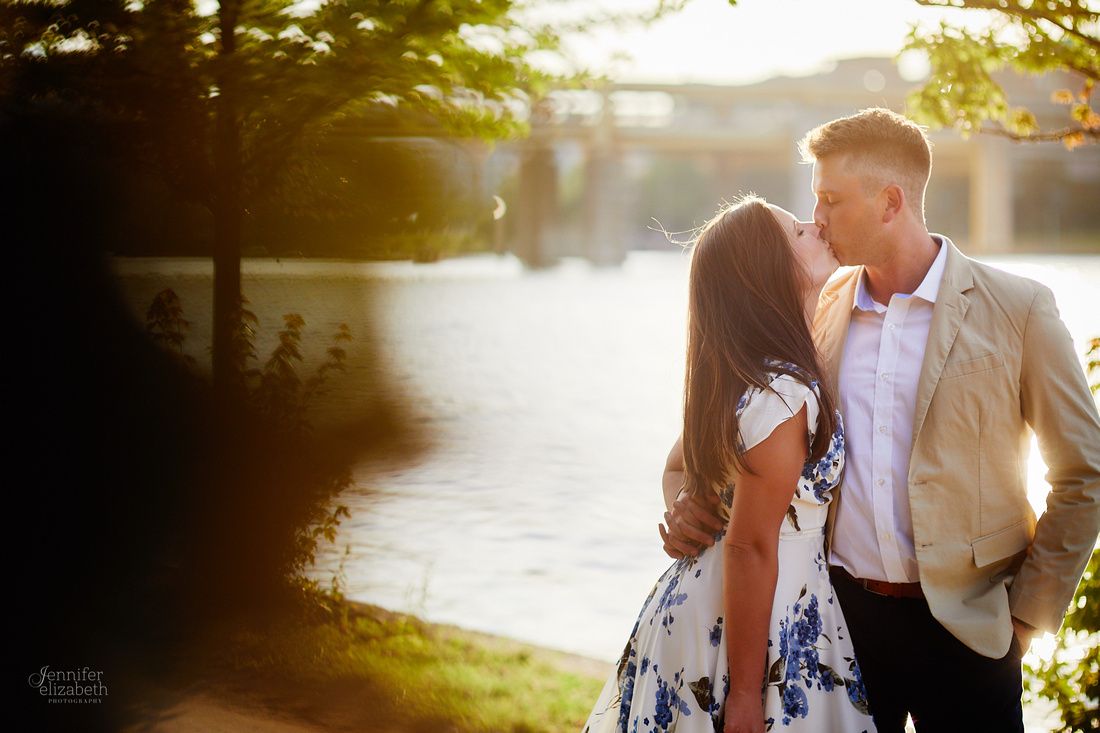 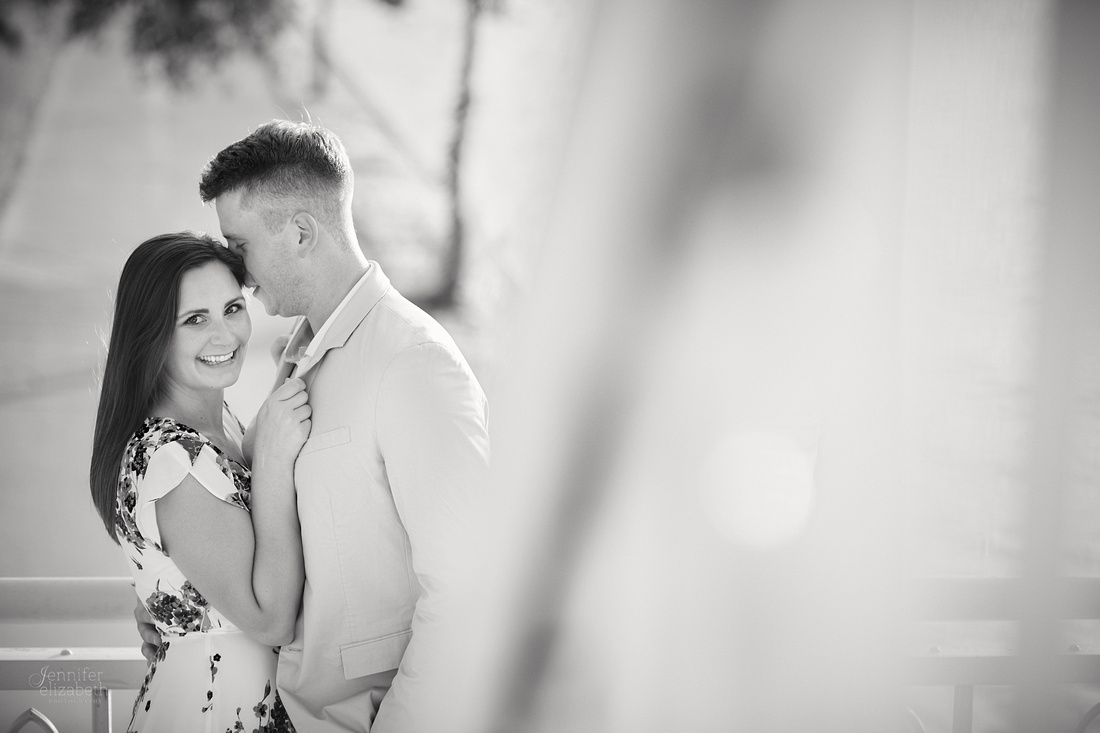 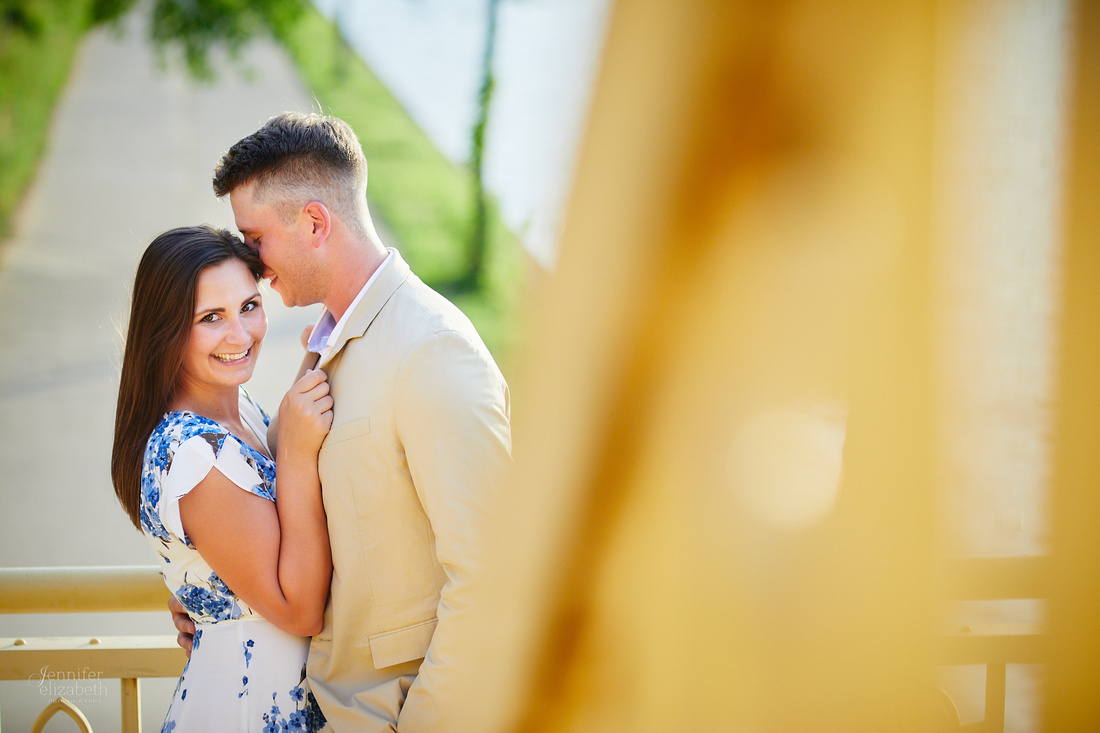